Wasps…what are they good for? 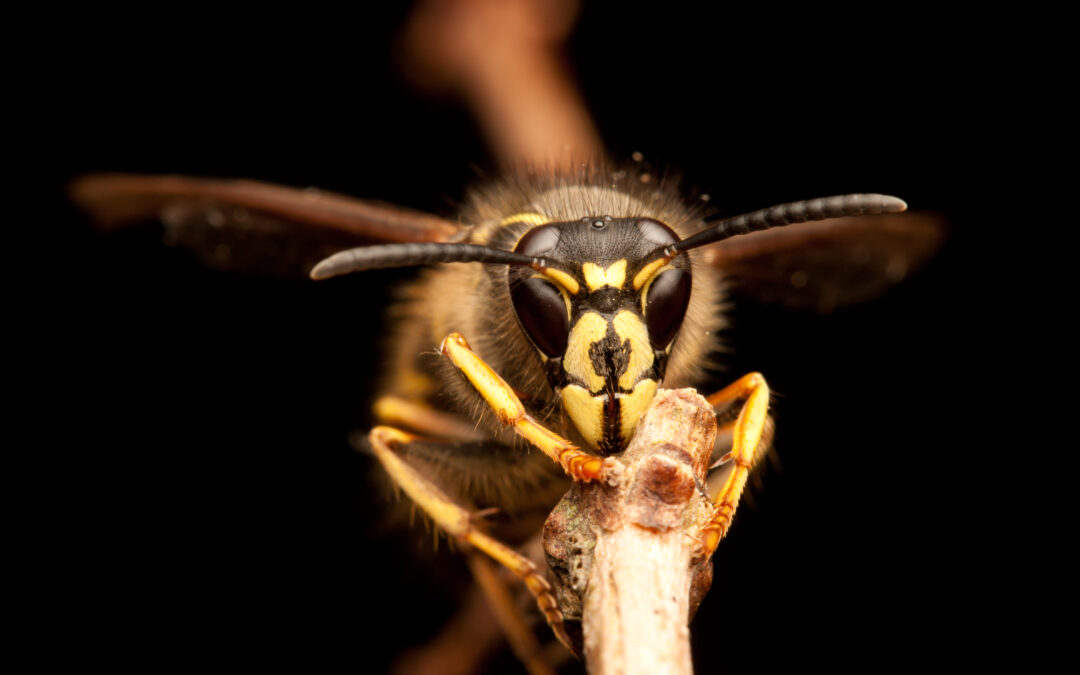 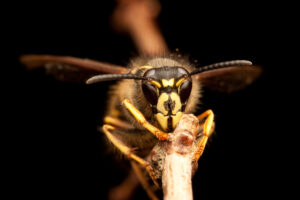 Mad at me you fly/

You think I threaten your home/

I was just mowing

I wrote that Haiku. It’s bad. But you know what isn’t all bad? Wasps.

When it comes to public relations wasps have really gotten the short end of the stick. While bumble bees and honeybees are the darlings of the masses with their protection campaigns and merch ranging from t-shirts to pottery to plush toys they seem universally loved. The only garments wasps have ever got were for the Charlotte basketball team Starter Jacket and a Teepublic shirt depicting a wasp and the words “Kill It With Fire!”.

Calm down, people. We all get a little grumpy when we think our homes are threatened and while they don’t get much credit, they are beneficial to us in so many ways!

Wasps are of the order Hymenoptera which includes wasps, bees, and ants. This group of insects is extremely diverse, with thousands of identified species. They can be differentiated from bees by their narrow waist (petiole) and pointed abdomen. They also tend to have less hair than bees giving them a less fuzzy appearance. Despite the fact that there is less hair for the pollen to stick to, many wasps are important general pollinators. Being mostly carnivorous they visit the flowers for their nectar rather than the protein of the pollen. Because of their different body shape and behavior, some plants may be more effectively pollinated by yellowjackets than honeybees even though the plant is visited by more honeybees.

There are also specialized pollinators that only pollinate one type of plant and without whom that plant couldn’t exist. A great example of this is the fig wasp. When the immature fig is ready for pollination it emits a smell that attracts only female fig wasps to lay their eggs inside. The next generation of female wasps emerge from the fig covered with pollen, ready to start the cycle all over again. 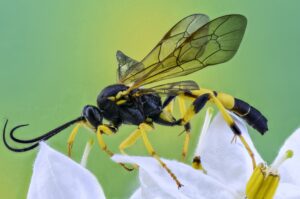 If there’s a thing that people hate as much as wasps it’s spiders, but the mud dauber wasp says, “No hard feelings guys, I got you” and starts snatching up orb-weaving spiders and stinging them. Rather than killing the spiders, the venom merely paralyzes them, whereupon it packs them into its nest to feed its emerging larvae. They can pack up to 2 dozen spiders into each cell of their nest, and each nest can have up to 15 cells. Great golden diggers and grass-carrying wasps do the same thing with grasshoppers and Katydids. In fact, most wasps, social or solitary, feed their larvae cut-up pieces of the insects that they hunt from the surrounding environment. Even the tiny samurai wasp gets in on the pest control action by parasitizing the brown marmorated stink bug. It deposits its eggs inside the stink bug eggs upon which the larvae develop inside, killing the egg and emerging as an adult wasp. So metal.

Don’t get me wrong. Wasps, especially the social variety like yellowjackets and hornets, can pose a health and safety risk. It’s best left to professionals to assess what kind of wasp you are dealing with, and if it’s a hazard to people. If you discover a nest, I suggest you leave it along and call someone for help. They can implement safe control measures if it is deemed necessary, saving you from painful stings and possible dangerous reactions.

I hope that we can have a better perception of the honeybee’s misunderstood cousin. Remember, wasps can be a nuisance and dangerous at times, but they are not 100% evil. I guess I’m just saying if they’re not bothering you, why bother them? Do your thing wasps. We’re all in this together.